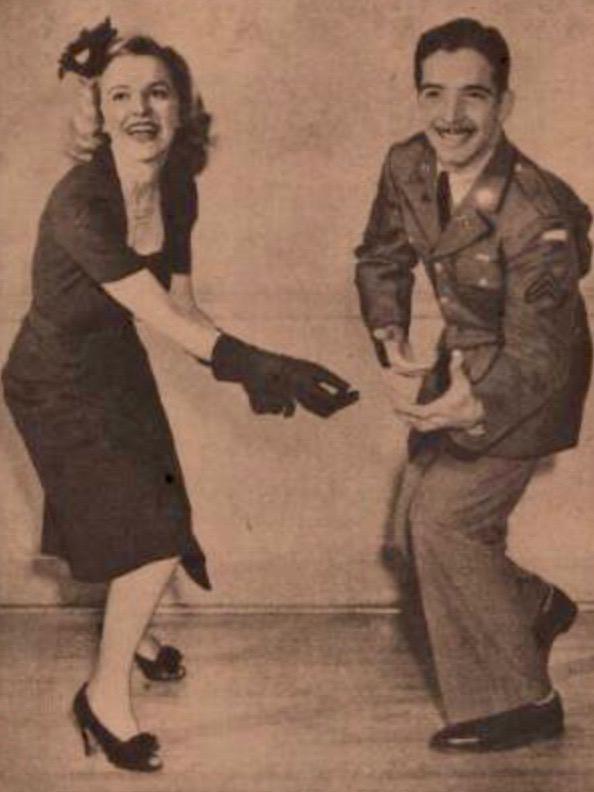 Praise the Lord and Pass the Ammunition was promoted in Australia in 1943 as a ‘new war dance’. An American patriotic song by Frank Loesser, it was composed as a response to the attack on Pearl Harbour. The 1943 version by Kay Kyser and His Orchestra reached number 1 on the U.S. Billboard chart. You can listen to it here: https://www.youtube.com/watch?v=UCpwMQ8cRRc The image is from the popular tabloid Pix Magazine 10 April 1943: https://nla.gov.au/nla.obj-477302637/view?partId=nla.obj-477311854#page/n15/mode/1up The dance is an example of wartime propaganda and the influence of American popular culture in Australia. It was hoped that this kind of entertainment would provide a safety valve for the emotions of young people caught up in the fear of war. The image is out of copyright and can be freely used.

Biography
Rozanna has published creative non-fiction and poetry in national newspapers, literary journals and edited collections. Her hybrid memoir ‘Do Oysters Get Bored? A Curious Life’ (UWA Publishing, 2018) was shortlisted for the National Biography Award in 2019. A new collection of her poems titled ‘The Lady in the Bottle’, based on the 1960s TV series ‘I Dream of Jeannie’, is scheduled for publication by Eyewear in the UK later in 2021.